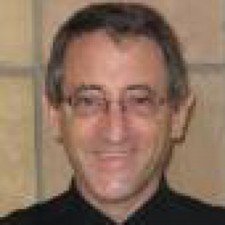 Is this a bad GPU and can I still fix this?

It boots in safe mode with some glitches (e.g., the mouse pointer has a square grid of horizontal lines).

From what I have discovered so far, this is most likely a GPU glitch. I have seen ideas like pulling out the graphics card and baking at 200°C, which strikes me as hit and miss and reballing the BGA (for which I would struggle to find a shop).

Best option would seem to be to replace the graphics card, for which I can get local help (I live far from big cities).

I did a quick scan through parts on offer at the ifixit store and most are for later models and only show compatibility for those exact models, though I also note that some later models ''should'' work on this one.

If I do go part replacement, international shipping is an inhibition on claiming on warranty or refund so it would be good to get this right first time.

I would give diagnostics a try. Do you still have the grey CD/DVD disks that came with your system? If you do one will be the diagnostic disk. Do you get an error code?

If you don't have the disks see if the onboard diagnostics works. Presee and hold the D key when you restart your system.

Mac startup key combinations Apple has messed up the digs on some versions of MacOS installs so it may not work. Did you get an error code?

Let us know what worked and what the code was.

I did run the supplied diagnostics and it came up clean. That I hope at least eliminated RAM as a problem. When you boot using the supplied DVD, it boots in a very minimal graphics mode.

I also ran Rember (http://www.kelleycomputing.net/rember/), which could not access all RAM since I couldn’t get it to take over the whole machine, but also did not throw up an error. I tried to find a way to run memtest on a minimal boot but the recipe I found would not boot (https://www.memtest86.com/technical.htm – possibly this model does not use UEFI).

It is annoying that Apple’s own test does not produce a diagnosis.

Let's look at a regular desktop PC which has PCIe slots the system makers drags won't test the other party adapters which are plugged in as the PCIe slot is the interface of the worlds, ust like the USB and DisplayPort/Thunderbolt ports as these too are the interface of there worlds too.

Here the MXM slot is the interface between the worlds so you would need the given vendors diagnostics for the given MXM graphics board.

But sometimes the lack of a test does not impede you from the needed diagnostic process. In this case your efforts have narrowed things down!

There are two ways to fix this as you’ve noted baking the GPU board iMac Intel 27インチ EMC 2374のAMD Radeon HD 4850ビデオカードの交換. It would be a gamble for me if the board fails as I would then need to find a replacement board and eat the cost. But, I do know of some shops will take the gamble.

To be clear baking the board only rids the board of Tin Whiskers and some cold solder joints. The joints in question are locate inside the GPU chip as well as the mating surfaces of the GPU chip and the other components on the logic board. Clearly you can attack the logic board joints adding a bit of flux can help. Reballing only helps if the GPU solder has completely decomposed from excessive heat cycles. Using a leaded solder can prevent Tin Whiskers from being an issue.

On the most part these fixed boards are still fragile! So I wouldn’t run heavy graphics on them. But this can buy you some time to save up to get a newer system.

I personal recommend replacing the MXM board with a new one which gets into availability! Most of the older boards you find are from used systems so it’s a bit of pot luck. You can still find virgin GPU boards for your system, but! They go at a premium and getting harder to find!