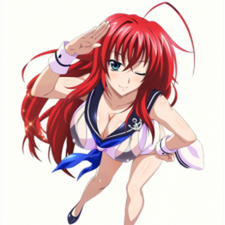 Why my battery health drop faster?

I just bought Iphone X 4 months ago but my battery health drop to 86%. It is normal or not?

Battery health drops due to the huge battery consumption of the application. try to find one and you can improve your iPhone battery health

try to find what?

I have same problem i have xs max. Yesterday my battery was at 95% but today it is on 93%

It doesn’t really matter your battery health will never drop below 80 percent unless ur charge cycle has surpassed 500 cycles so relax and enjoy your phone and when the time is due you change the battery nothing else!

Yesterday I checked out my iPhone X battery was 86 and next morning I woke up and put my phone on charger and when I checked my phones battery health it was 82. Do my phone’s battery need to replace?

That’s not normal. See if Apple will get you a replacement.

I agree that this is quite a rapid drop in capacity but Apple will only warranty a battery if it gets to 80% within the first year.

@refectio Ah, I wasn't aware of that. I suppose you could just wait for it to drop more and then get a warranty.

I bought an slightly used iphone 7 plus and still on 97% batt health, but after 2 weeks it decreased from 97% to 91% and my model starts with N. What can u say?

My phone’s health dropped to 79%

I am so worried.

I bought an slightly used iphone x and still on85% batt health, but after 2 weeks it decreased from 85% to 83% and my model starts with N. What can u say?

"Health" is a measure of discharge rate. The phone has logic that calculates the remaining capacity and compares it to the battery spec. There are apps, sometimes built-in, that will discharge a battery when nothing else is happening for a short time, calculate the discharge rate from the voltage drop, and interpret that as "health".

Every time you discharge a Li-Ion battery to below 10% of spec capacity or charge it to above 95% spec capacity it is damaged slightly, loses capacity slightly faster than normal. The charger furnished with a phone works with the phone to prevent over (+95%) charging, an aftermarket charger may not.

Degradation may seem to be excessive during the early part of a battery's life. Li-Ion batteries have a learning curve and increase capacity during the first series of charging cycles. That's why EVERY device that uses them says to FULLY charge them BEFORE first use. Few users do this.

(I tested a Li-Ion battery pack with a new drill after an initial timed, not indicated, full charge, and timed how long the drill would work, bu drilling holes in wood. I repeated this 5 times. Each time the run time increased. The "capacity" after 5 charges was 20% more than the first time.

For you, more important than absolute "health" is whether its "health" continues to degrade faster than 0.75% per month. A typical Li-Ion phone battery will provide 70% capacity after 3 years of being in continuous service.

I got iPhone X with battery health of 92%within two days it’s now 89%. Please does it mean the battery is bad ? I’m scared of the rapid drop. What’s the remedy

@aikatty what was the problem ?

i bought a used iphone 7 and the batery health at first was 91%/after one week it dropet to 85% is this normal or should i worry?

I also bought an slightly used ip 7 plus and the batt health is still on 97% but after 2 weeks it decreased to 91%. My model starts with letter N and It seems to decrease day by day, what can you guys say?

I bought an iPhone 7 on a reseller and the model letter starts with “M” and the battery life indicates 91 % but after 3 months of usage it drops to 89 %. Does the rate of degradation is normal?

3% is excellent for what is probably an original battery. Live with it until it gets to 70%.

bought an iphone 6s plus with changed battery (99% health). now after one week its decreased to 92%…..

I’ve had my iPhone XR for 2 years and it has been on 100% health but suddenly in the last 2 months after I bought a fast charger it has dropped to 97% can I blame the fast charger ?

i buy new iphone 7 but after 17 days my battery dropped to 98 %. my screen on time is 3 hrs aproxx. please tell is it normal? and solution to solve

I bought an xr for 2weeks now with 100%battery. Today making it 2weeks the battery is now 95%, is this normal?

i brought iphone 7pluse 6 mounths ago but now the battery health came to 79% i literally don't know what to do about it ,if you have any idea how can I increase my battery health or any other alternative thing that I can do? plz help me