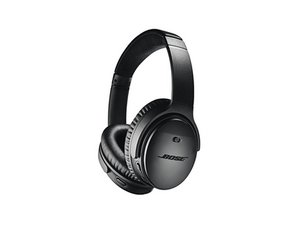 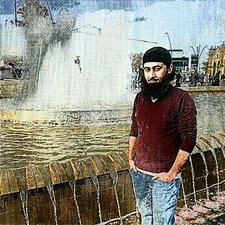 from where can I get my QC 35ii fixed. right side speaker not working?

will appreciate your help.

Muhammad Adrees  possibly a bead crossover wire and a bad driver (speaker) and cold solder joints. Those are relatively new headphones. Contact the seller you bought them from or contact Bose itself. This should be a warranty repair.

Unfortunately the the warranty Bose’s Quiet Comfort 35 ii is limited to 12 months. Thereafter it is considered unrepairable by Bose. Bose (Australia) does not support its products after the warranty period expires, they simply tell you to buy a new pair.

My right speaker also died shortly after the warranty expired. Called Bose only to find their theory of customer service has alligned itself with the throwaway mentality of a dollar store. “Sorry sir we do not repair the earphones but I am happy to sell you another pair.”

I would be very interest to find where I can buy parts to repair my set.

My advice to anyone who is thinking about buying a pair. Think about after-sales repair service, especially out of warranty.

This description follows on from the partial ifixit tear down and is to replace a dead right earphone driver. I opened the compartment containing the right QC35 speaker/driver by cutting the outside panel with a dremel- a small circular saw used for models. After turning off the unit with the adjacent switch, I removed the ribbon cable. The cut was parallel to the plane of the earphone at the sides and perpendicular at the top and bottom. The cut at the top was through the Bose logo, to avoid damage to the microphone, switch and the driver wires. At the bottom edge, the cut went above the small acoustic port on the right, next to the USB circuit board.

The driver was prised out after heating with a hair dryer, and the leads unsoldered. I cut away any plastic whiskers at the cut edges of the loose panel. and removed old glue from the bed for the rim of the driver. Before putting the replacement driver in, the uppermost wire was soldered, observing the same polarity as the original. The rim was stuck with all-purpose adhesive. The lower wire was soldered to the driver after it was seated. The driver was tested for sound by turning the switch on for a minute.

I used rapid setting epoxy glue in three phases to fix the panel, because the dremel takes away some plastic and epoxy is good for filling the gaps. The sides were glued first and were compressed with a rubber band and one AA battery on each side. After this was set, the gaps, mainly at the top and bottom, were filled with epoxy. Care was taken not to leave an opening, to avoid acoustic feedback between the microphone and the driver- a squealing noise. The ribbon cable was then reattached. The unit was switched on to test its functions. The replacement driver had a wider back ( the magnet part) than the original, but this was not a problem. The sound from both sides was equal in volume and quality, with a good stereo image. Good luck!

Wow! Any pictures by chance about that process? Same situation here, one side died shortly after 12 months warranty was over. Support wanted to sell me just a new pair.

Type your location in the Repair Pros search box to hopefully find someone close to you who can do the repair.