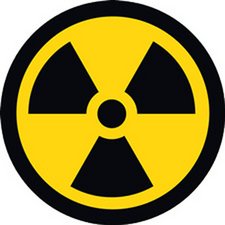 Xbox One turns on then immediately off

The issue I’m running is when I press the power button it beeps and lights up for a split second then shuts off. The psu light is turns white when I plug it in but turns back to orange much quicker than a working xbox (I tested it with another working one). I’v tried multiple power supplies and the hairdryer trick but to no avail. Now the part that really confuses me is that I left it alone for a good while and when I came back to test it some more it booted up like normal but gave the “make sure nothing is blocking the vents/overheating” screen. After a 1-3 minutes later it randomly shut off and would have the same issue as stated above. So this lead me to believe it was cooling related. a week later I disassembled it and removed the fan as to not damage it in the next part. I got my friend to hold a hair dryer on the cool setting against the heatsink to cool it and it ran for significantly longer and was able to play a game for a good bit before shutting off. So I ordered a new fan and a couple days later installed it but when I boot it beeps and lights up for a split second and then shuts off. I have know clue what to do at this point any sort of leads would be much appreciated. Thanks for your time

I would replace the thermal compound on the apu. When it get old it can quit transferring heat like its supposed to. Be very careful when removing the heat sink clamp.

I've most certainly thought about that and if the new fan still doesn't work than that will be my next step. But at the moment I'm running into the issue as stated above that I cant get it to boot.

Andrew paul has a video on what your describing. You should take a look.

Can you tell me what you did? Because I literally have same problem