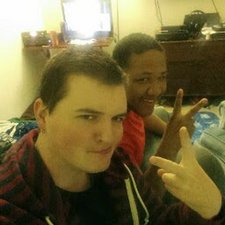 Tv Powers on for 2 seconds, then shuts of with a blinking orange light 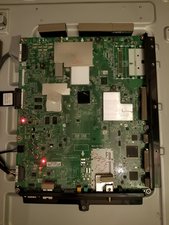 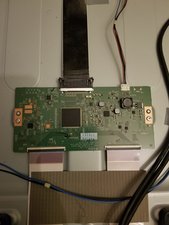 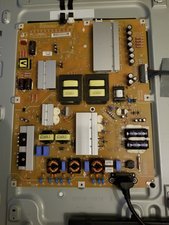 I have had the TV for a few years now. I got home on a particularly hot day and the bottom of the TV looked warped almost wave like. It looked like some of the leds where on and others where off, so I turned it off immediately and the next day I tried to turn it on and after a few seconds it would power down. There's 2 red LED'S on the back that are constant and an orange one on the power board that flashes 4 times. I've checked all the capacitors, all the lines look good, tried other wall outlets, reseting the TV. One thing that's odd that I've never seen before is on the other board it looks like there's silicone on it? Just something odd to me but maybe it's normal. I'll post pictures. Maybe you guys will be able to see something I can't. Thank you very much in advance.

I tried responding with a comment but the bot deleted it and said it was spam.

BTW that goopy stuff is normal. It is supposed to keep the components from moving on the board and help to insulate them as well 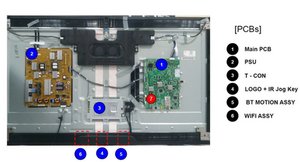 For now I’d suggest that you follow the “no power” troubleshooting: 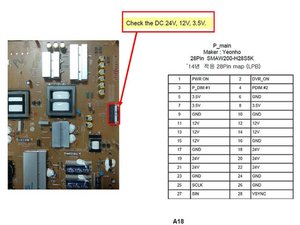 Let us know what you find.

Slightly different version power board but the connector should be the same voltages. If you would not mind could you give us the number on your power board please. Starts with EAX but gets a bit fuzzy after that.

Yes, different revision same pinout on the connector. Let us know what results you get.

I will, I'll be getting a multi meter tomorrow

Jonathan, im having the same problem what did you do to fix your TV