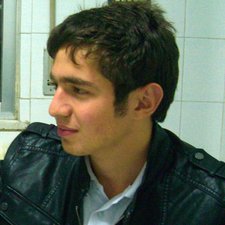 Can I replace the logic board with MacBook Pro 15" Unibody Mid 2012?

I had an opinion of upgrading my logic board from my current mac which is 2011 early i7 2.2, into MacBook Pro 15" Unibody Mid 2012 logic board, is that in anyway possible since both of them maybe similar with internal design ?

I wanna make a purchase of the Mid 2012 logic board if its possible, although does it need an expert to replace it in order of the change between them ?

Can you also guide me of the serial number or the code of the motherboard of the 2012 that will be compatible with my MB, Also about LVDS is it easy to file with a fine emery board file?

It’s doable! The cases are the same. I’ve done a few with great success!

There is one issue you’ll need to deal with! Apple altered their LVDS cable connector supplier, the logic board connector is a bit smaller so you’ll also need to either replace the displays LVDS cable or if you have the skills carefully file with a fine emery board file the edge of the cables connector (both sides equally). 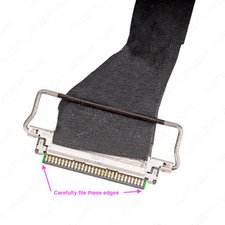 You only need a few strokes per side!

Here's the iFixit guide to replace the 2011 logic board: MacBook Pro 15インチ Unibody Early 2011ロジックボードの交換 as you can see its exactly the same for the 2012 mode here: MacBook Pro 15" Unibody Mid 2012. The steps are well laid out as long as you take your time and not force things you should be OK.

We don't use board numbers as that does not fully identify what the board was populated with CPU & GPU wise. It's only useful to ID what set of schematics & board views one would need if they where trying to fix the logic board.

I have no problem filing the cable as I outlined. If you feel this is hard you’ll need to carefully pull the display assembly off so you can reach in to release the latch on the display and carefully ease out the cable to replace with the newer one (which is the correct size). Lastly, I don’t offer systems already converted to sell.

If you live in metro Boston in the states then I could offer my services to fix your system. I presently don’t do mail-in’s and I’m not setup to do anything internationally.

@Dan is it possible to ask u questions if i didn't understand/emergency like over Skype if u can ? it will be appreciated. I will purchase it !! Thanks :D

Sorry i didn't reply to you lately and thats because I'm waiting to be notified for 2.3 or 2.6 or 2.7 to purchase it, ones I've done that i will keep you updated @danj, Thank you by the way.