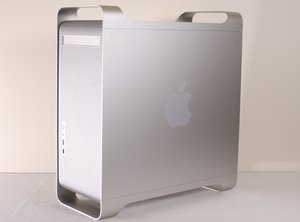 Can a power supply be weak but not dead?

My PowerMac G5 dual 2.3 early 2005 would not power on for a couple of days. Clicking the power button would get a single light flash and a click, the fans would try to start spinning but fail, and it would quit. I tried all the usual resets, unplugged this and that, and gave up. A couple of days later I tried it again just for the heck of it and it started. The last thing I had unplugged was a drive connected by eSATA to a PCI-x card. But, I plugged that back in and it still worked.

A week or so later, it stopped again. Unplugging things from PCI cards seemed to get it going again. But, continuing to experiment, it went with it plugged in once again on one of the tries. Intermittancy. Could it still be the power supply, or are the either good or bad?

Yes, this is a possible symptom that the the power supply is going bad.

Have another PC somewhere that you can swap power supplies with? That will tell you. Intermittents are the worst things to diagnose. It could be something shorting out somewhere, but probably the power supply. I'm an EE and I design power supplies, but I don't fix PC ones.

I hate to tell you this, but a 13 year old PC doesn't owe you anything, just sayin'. Get a new motherboard and power supply and stick it in that cool case.

@col_panek the OP has a G5 tower, not a PC. Spare parts aren't the easiest or cheapest to come by. Nor is it easy to squeeze ATX components into this tower. This was a custom PPC CPU configuration designed by apple, not a reference Intel x86 setup.

Such a cool looking case, and nice handles. Gut it and put a PC in it.