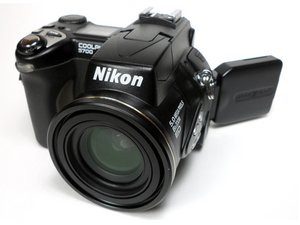 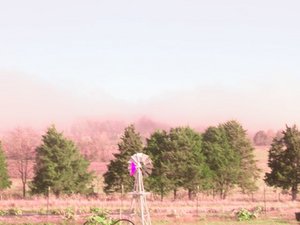 ISO is at 100 which is good, but your aperture is open to 3.4 in bright daylight and your dragging your shutter (for the situation) to 1/60 of a second. Think of an exposure as riding a bike. You have to keep your balance and velocity at the right speed so you don’t fall and so your able to make tight turns.

When you make a photo you have to find this right balance. Think of a teeter totter shaped like a triangle. In order to keep it level and balanced you have to have 3 attributes in mind:

2. Shutter Speed — Also known as Time Value. This is how fast your camera “blinks” to take the picture.

Your camera should have a mode dial on the right behind the shutter. You’ll have Automatic (no fun, camera does all the work), P for Program mode where the camera does almost all the work, but you get to decide if you should use flash or not and over expose or not. The other is M for Manual which means you have to play with balancing all three attributes. Then you have Tv or perhaps S on a Nikon, which means you pick the shutter speed, and based on that the camera will decide the aperture. And Av, where you pick the Aperture, and your camera picks the shutter speed.

So for example, your photo above, I would have put the shutter speed around 1000 and aperture at 11, and then go up or down a stop until I find the right exposure.

I suggest you practice with Program mode and observe the settings the camera chooses. Then move on to Aperture Priority mode where you get to have more control of the shot. Unless it’s fast moving objects then play with Shutter priioroty or Tv.

With time it will be second nature and you’ll be able to get the shot right at the second or third try. It’s not an iPhone, your making the decisions here, not the camera. That’s the fun part. Once you know the rules, you then break them for creative effect. There is so much more to taking the right shot then what I mentioned here. But this is the basics of controlling the light. I suggest a YouTube photography course from someone like Jared Polin (Fro Knows Photo) or someone like Joe McNally depending on your learning style. You can also start by going to a site like strobist.com.

Hope this answered your question.

Thanks for the lesson in manual mode... but this is in auto!

I did NOT choose the settings shown... obviously they are wrong... due to a failed sensor??????