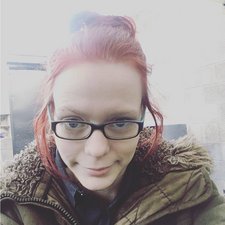 My "current" phone is my iPhone SE, and I adore it. However, a while back it got water damaged. Everything works fine -- the touch screen, the home button, the power button, etc -- and the screen is visible. The only issue is the LED screen has faint, pink lines on it that grow stronger if the screen is black. I would like to fix this.

I obtained ( given to me by a co worker ) a 5s that I believe is "bricked" in one way or another. It is stuck in DFU mode, and gives me "Error 40" upon trying to restore it. It WILL NOT exit DFU mode, not with manual attempts, and not with third parties. I cannot get it into the traditional restore mode, with the itunes logo. I have tried on two windows ( both windows 10 ) and a mac. On one of the windows 10, I have also attempted the Host file fix.

I have attempted to just fix the 5S, since there's not a huge difference ( that matters to me anyway ) between the SE and the 5S, but I have not had any luck.

With the two devices that I have - since I know a good amount of the parts between the 5S and the SE are interchangeable - what would I have to put where to get a working phone with no lines?

Or, alternatively, is there a method to fix the DFU / Error 40 issue with the 5s that I haven't tried?

I am obviously not opposed to opening one - or both - of them up. ( I would just have to order the kit, because I have misplaced my last one. )

Thanks in advance! If I missed a detail that is needed, please let me know.

EDIT -- after looking at a few similar questions about "screen display" ( not exactly from water damage, though ), it prompts me to ask -- would it be as simple as putting the 5s screen on the SE?

The iPhone 5S and iPhone SE displays are completely interchangeable, so yes you could swap over the screens :-)

From what I understand after breezing over the break down - when swapping the screens, the only thing from the front display that actually needs to be saved from the SE is the home button -- would this be correct? ( if I wanted to keep Touch ID functionality. )

And based on the rest - should this fix my line issue?

yes, you would need to transfer the home button. Before you replace the screen, take out the logic board from the SE and follow this guide: Electronics Water Damage

As far as the front display goes, that is ALL I need to transfer over - yes? Everything else attached to the 5s front display is compatible with the SE from what I understand; would I be correct in this?

And thank you, gigabit, for the link. I will definitely clean the logic board as well once I get it open.

Personally I always start prying from bottom under proximity sensor gasket (As it's glued to glass) first before prying up rest of front camera assembly.

Sometimes the gasket is fit so well to the proximity sensor that heat may help too with removing the glue the gasket has.

Be careful with prying the gasket though as it's easy to scape off the black paint finish on the glass.

I find that a metal spudger is the best tool to use to pry plastic gaskets.