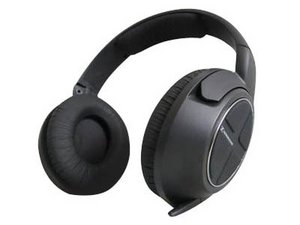 There is something rattling in the left ear cup of my JBL Everest 700 headphones. Past the one year warranty so I figured I would take it apart and see what it is to try and fix myself. Couldn't find any tear down instructions anywhere. Any idea how to remove / take apart the ear cup? I can't even figure out how to remove any portion of it. Any help would be appreciated.

The ear cup is kept in place by by 6 clips (see the bottom picture of this ad for replacement cups). After seeing that picture I was able to remove the cups by applying pressure near the edge of the cup with my fingers. There was some glue residue from the edge of the outer padding, but not much. I would not recommend using any sharp tools, as you will quickly damage the outer layer of the padding.

Putting the cup back in place was easy.

The linked ad is not meant as a recommendation, it just helped me figure out which part should be removable. I have not yet bought any replacement cups. In my case, part of the edge of the outer layer became unglued, I just needed to separate the cup from the headphone to apply some new glue.

Please note: this is valid for a Everest 700 Elite.

The edge of the cup is where the soft material ends. Be careful not to damage that soft material, so avoid sharp objects. I used a finger nail to get a little bit of space, and once you have some space, use your finger tips to go around the entire cup step by step.

Apparently not all cups are mounted with clips, some are glued. I have no experience with those, it seems they can be exchanged as well.

Some kid dropped mine so now the left side is quiter than the right and it's really annoying, so I'm wondering if someone can help me with this