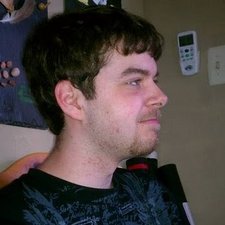 I have an asus sabertooth 990fx r2.0 and it is about a year old. My onboard audio has not been working for the past 4 months. I have to use a USB headset for any of the audio, the analog jacks dont work. I have tried everything, reinstalling drivers, reinstalling the OS (win10), Nothing works. and I have tried all the advice I could find online with no success. Now here is where it gets strange, The back panel and front panel audio dont work, and if I plug in a working internal sound card, it wont work. I tried 2 different internal sound cards and nothing. It seems like any analog jacks I plug in just dont work.

In the audio manager part of windows 10 under control panel, it shows 2 audio devices. It shows doth that are digital out, no analog options are available.

I an fairly experienced with all this and I know about installing and uninstalling drivers. and I have also tried every option in the audio manager system.

did you ever figure this out? i have the same board and the same issue

Wondering if a BIOS update might solve your problem. There have been 17 updates since the board was first released in 2012. Unfortunately Asus almost never gives much detail as to what the update does beyond "Improves system stability" There are a few exceptions especially BIOS Ver 0803 which says improves compatibility with Win 8 OS.

Here is a link https://www.asus.com/support/Download/1/...

Hi! I have the same issue, did you manage how to solve it? I thinking in buy a off board audio card, but i see your comentary and so i give up. Thanks in advice.

I had this issue and never fixed it. Luckily I use my Monitor for sound carried over HDMI but wanted to revisit this as it was bugging me. I have updated the BIOS twice over that time to newer versions and it never fixed it.

today i tried again the onboard sound, HDMI works normal, but all analog audio without function!

I dont find any solution, so i do it again with the Soundblaster card.

it’s unbelievable that ASUS dont care about this, there are enough people have the same issue!

Try a bluetooth USB dongle. Bluetooth's audio protocol and stack are independent of anything built into the motherboard.

I have a SABERTOOTH 990FX R2.0 motherboard running with Windows 8, everything working OK except for lack of sound ... I have installed several sound drivers, including from previous versions, but both Microsoft (automatically installed) drivers, and Realtek (ALC 892) recognize the sound, and show the variations of treble, average, etc., the system does not acknowledge ANY ERROR IN THE AUDIO SYSTEM, everything as if the sound is coming out in the speakers, but nothing comes out. I tried even with Linux - Ubuntu, but NOTHING !!! I picked up the brand new second-hand board but it looks like it's not recognizing the speakers, headphones, microphones, NOTHING ... neither the front panel nor even the optical sound output works (it does not even turn on the red light in SPDIF output, and of course I could not make sound in my home theather). I gave up trying to change the drivers, because it looks like there is a defect in the motherboard ... Does this proceed ???? Or is there any incompatibility of the board with windows 8 ??? (I do not have windows 07, but I assume that is not the problem ... and I even tested with the windows 7 drivers that look the same in w8 ...)

Anyone have any idea of ​​the problem?