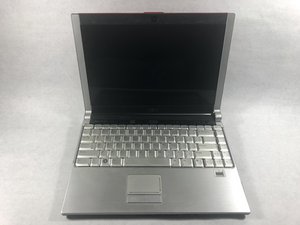 The Dell XPS M1330 can be identified by its model number: DQPQPD1. The laptop itself has a red outer casing, with a silver keyboard. This model was released on June 26th, 2007.

My XPS is dead. Tried everything. Dead. Help?

It might be the power fuse, or the hard disk, I am not sure, but my XPS recently became unresponsive after I closed the lid and let it sleep during my shift. When I reopened the lid and pressed the Turn on button, the laptop was gone. It evidently was put into some sort of deep sleep, and never was able to turn it back on again. I used 110V when I worked on it that time, it functioned perfectly, till it was put to sleep, and the world was never the same.

Try pressing ad holding the power button for 10 seconds or more. Try removing and refitting the battery. oes the mains adapter have a power light on it and if so does it come on? Alternatively you can maybe test it with a multimeter on a 20V DC range, touching one probe on the central connector (you might need an opened out paper clip or something to make contact) and the other probe on the metal outer shell. Hence you should be able to eliminate the adapter.