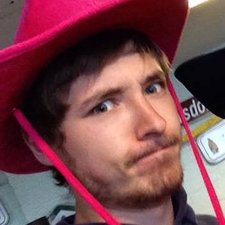 I'm a repair guy, been fixing smartphones for around about 2 years. Have seen quite some weird stuff happening, but this one has got me desperate.

Last week, I received an iPhone 5S that couldn't quite keep its charge anymore. It lost about 20% of its charge per hour.

The obvious next step was for me to replace the battery. Sadly, that didn't fix the problem. The new battery still drained like !&&*, leaving me to think there was a short circuit somewhere.

Having seen some faulty camera's, dock connectors etc causing the same symptom, I started taking apart the device and left it running with camera's and dock connector disconnected. Sadly, again, resulting in the same weird battery drain. So I put the device back together and shut it down.

Today, however, I wanted to do some more testing, but noticed the device wouldn't boot up anymore. Not at all. I left it charging for hours, but the screen remained blank. All connectors and screws were in place.

Later on, I measured the battery voltage, which was sitting at 2.7V (instead of 3.8V), staying at this point, not wanting to charge any higher at all.

With currently no other battery to test with (the previous one died in the replacement process), I don't know what to do anymore. Since the device won't give a sign of life anymore, even when plugged in without a battery (the Apple logo should appear), I fear it might be toast.

Does anyone have any experience with this?

why did you leave the phone on whilst removing components?

I didn't. I turned it off, removed battery and some components, then plugged the battery in.

I've seen some faulty components (dock connectors, camera's etc) cause the battery to drain extremely quickly, so my goal was to find wich one was causing the problem.

Under no circumstance did I leave the power running while removing components.