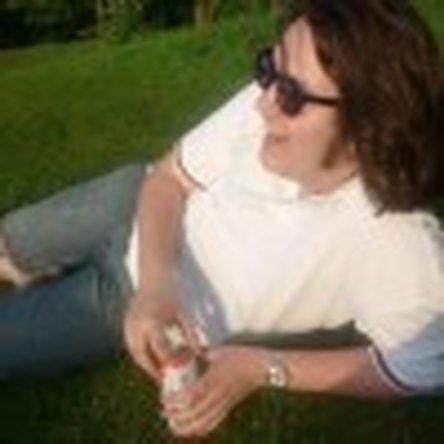 Why can't I boot from any drive?

I'm trying to fix my friend's A1150 which has just stopped booting up. Turn it on and we get to the question mark folder icon, and if I boot it up in target disk mode the drive does not appear to mount.

However, I can hold Alt to access Startup Manager and view either a USB stick with an OSX Mavericks installer, or my own MacBook Pro in target disk mode... selecting any of these results in going back to the question mark folder icon. In short, it won't boot from any drive/partition that I have tried.

I do not have access to an OSX install disk.

Could it be a fried logic board? Any ideas?

First this system can't run the newer OS-X versions. You'll need OS-X 10.6 "Snow Leopard" or older. That can explain why your attempts to access your systems disk or USB drive failed.

As to the root issue here, your friends HD has died. You proved this when you tried accessing the drive in target mode from your system.

You'll need to get a new HD for the system and you'll need to locate an older version of OS-X to install onto it.

I would recommend you first setup a USB drive (or FireWire HD) as you should check the firmware levels and if needed upgrade. Follow this Apple TN on how to check and the needed firmware updates: EFI and SMC firmware updates for Intel-based Macs.

As to what HD to install you'll need to find one that will run at SATA I (1.5 Gb/s) as anything newer will not work reliably. There are some HD's that can be fixed at this lower I/O speed and a few drives that can auto tune them selves to the correct speed.

Frankly, I would recommend going with a SSHD unit (hybrid HD) here you gain the performance of a deep cache of the SSD yet the size options of HD's. Seagate 2.5" SSHD drives is what we use. As you can see it auto tunes to the correct I/O speed Seagate 2.5" SSHD spec sheet.

Let's slow down and take a breath here. I'm not convinced that the internal hard drive is dead, or even close to death. It's just failing to self-mount when booted in target drive mode.

The default fix for catalog repair is to reformat the drive. This create a new, clean catalog (a sort of invisible file index that allows the computer to track where on the drive each chunk of data is located). Usually, running Disk Utility won't fix it, but it's certainly worth a try if you can see the volume in the Disk Utility interface; fix both the physical hard drive and the virtual volume on it.

If Disk Utility doesn't work, the next steps require commercial software. Ideally, you'd like to recover the data on the drive, if that's possible. You can use commercial applications such as Prosoft's Data Rescue to salvage data of unmountable drives; copy it to a new external drive, then reformat the internal drive, install a new OS, and restore.

Alternately, applications such as Alsoft's Disk Warrior and Prosoft's Drive Genius can often repair a damaged catalog in place.

It's certainly possible that the internal drive is dead; after all, it's eight years old. but a platter drive rarely dies without warning; are there any other symptoms (noises, especially) that might indicate such a failure? Have you checked the hard drive data cable connecting the drive to the logic board, to confirm that it's intact and securely connected? If you're replacing the drive, you may want to replace the data cable as well.

In the event you can't get a commercial install disk any other way, there's a trick for getting a new copy of Mac OS X Server 10.6. 10.6 Server (a superset of 10.6 Client, which includes a variety of administrative tools for running Internet and local network services) is able to run as a virtualized environment: a mini-universe installed as an application on top of another operating system. Although Apple does not sell the four-year old OS in stores or online, it's available for US$20 if you call Apple's Sales number at 1-800-MY-APPLE (1-800-692-7753). They'll ship you the disks for 10.6.3, which you would then install (maybe using the installer to prevent installing a lot of extra admin tools) and update using Software Update.

10.6 Client disks are fairly common; Apple Stores were distributing them free for several months after 10.7/Lion shipped, because 10.6.8 is the floor for using the App Store, which is the distribution point for all Apple's newer software. You may be able to find those disks through eBay or Craigslist.