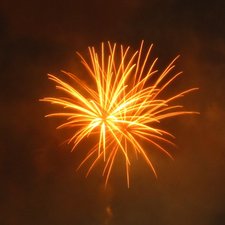 I replaced a screen assembly on an iphone 5 after the old one was smashed, and the person who I fixed it for just called me up today saying that the touch screen is acting all weird and basically having "ghost touches" on the screen, but its apparently its only happening along the bottom of the screen, so when using the keyboard when the spacebar is pressed it will continue to hold the spacebar down.

What could be causing this screen to appear to be faulty? Does the phone just need a hard reboot (hold home and power button until it reboots) or a restore? or could it actually be a fault in the screen?

Is it a genuine part. I have found sometimes the parts are not as good as they first seem!

I have the same problem, I replaced the screen last night and it is now behaving oddly as yours. How did you solve this? did you try cleanning with isopropyl alcohol as metioned.

I had this problem with a phone I was repairing, an iPhone 5 32Gb in Black (iPhone #1).. it got smashed so I had to replace the screen. The screen was cracked, but the LCD was still working just fine as well as the digitizer. Regardless, I needed to replace it, so I went ahead and removed a good working screen from a device I had stored here for parts (iPhone #2).. when I opened up the phone from where I was going to remove the screen, iPhone #2, I noticed that this screen was not an Apple part, and that somewhere down the line it had been replaced by the previous owner. I tested it and it worked fine on iPhone #2, and it wasn't cracked, so I went ahead and removed it to install it on the device in question (iPhone #1).. however, when I went ahead and installed it on iPhone #1, I noticed the screen was not responding to touch adequately, it was also doing stuff on its own, opening apps clicking the keyboard and so on... so I started to freak out cause I had this happen before with a 5C and I had to end up liquidating the phone.. so I went ahead and did a bunch of things, among them:

3. Tested old cracked screen on device (it worked just fine, unlike the replacement)

So.. for some reason, the old cracked screen would work perfectly on the phone, but the replacement which I had removed from another device (iPhone #2) where I had previously tested the screen to work just fine, was not working properly. That really puzzled me, I really could not figure out what I was doing wrong. Then I saw all the messages here about the tape, and the metal contacts and so on, tried it all but nothing made a difference. I even went as far as to try another replacement screen from a white device (iPhone #3) which I had just tested to work just to find out it wouldn't work properly either, that other screen was also a generic replacement.. so my phone had basically rejected 2 good working tested screens (one from iPhone #2, one from iPhone #3).. it pretty much only worked with the old cracked one.. at this point I feel like i'm losing my mind.. then I start playing around and noticed that when I apply some pressure on the screen, by the area where the connectors are, the phone starts working just fine with the replacement screen, so I figured there was a problem with the connectors, so I went on and put a bunch of price tags stuck on the metal plate, I piled them up in such a way that they'd apply pressure on the connectors, I closed the unit and tested again and noticed the phone started working fine again, so I went and opened it up to put all the screws in place and close up the unit.. funny thing is that when I finished and turned it back on the problem was back.. screen was not responding, It was doing things on its own.. all over again.. dang it, I really was losing my mind here...

I have an online store for used cellphones so I always have plenty of spare parts available.. so I went ahead and decided to test yet another screen I removed from another device (iPhone #4). I really couldn't believe this phone wouldn't work unless it was with the old cracked display.. This time I checked that the display was absolutely an Apple part. Since I took it off a phone and checked it thoroughly, I knew there was no way this was some sort of generic screen. Well, turns out that this third screen did the trick. The phone was working just fine as it was with the cracked working LCD I had.. so, after all of this I went and installed the very same screen I was getting all the issues with since the beginning onto the unit form where I had removed the screen that worked fine (iPhone #4) just to find out that this other unit worked just fine with the replacement screen that hadn't worked on the initial iPhone (iPhone #1). So, my conclusions on the matter..

It seems like some devices, probably those made from Apple's latest productions of the i5 have some sort of way to detect low quality or replacement LCDs not made by Apple, that or there's simply something not compatible in them with the newer updated models. It is common for phone makers to switch minor components when they see fit without making a big deal about it.. so I think this is the case.. All of those having problems with replacement LCDs who had previously good working units may just need to replace your cracked screen with an actual Apple made LCD.. now, those are not for sale, but you can remove it from other phones, some sellers have used screens at certain marketplaces.. you could simply just buy an iCloud locked device to remove the parts you need and then sell it again for a lower price. Just saying.. I think it all comes down to generic LCD replacements, that's my conclusion after spending my entire Saturday attempting to resolve this problem.

Hope this helps some people out there..

P.S Sorry for the lengthy post, I hope you get the point.

I had a similar problem when replacing the cracked screen of an iphone4s a couple years back.

Original iPhone 4s screen glass was cracked so I ordered a replacement screen/digitizer. The replacement digitizer would not function fully (dead areas), so I got a third and had the same issue.

Turns out the original screen had a connector with a couple of slightly bent pins. When the iPhone was originally assembled, the bent pins on the screen connector also bent and spread apart the corresponding sockets on the motherboard connector. The original screen made good contact with the sockets so it worked fine.

But the replacements (with no bent pins) did not make full contact and so they didn't work.

After pulling my hair out and questioning my existence, I did finally spot the bent area of the original screen's connector (it was much easier to spot here than in the motherboard connector.

I got a small needle, and, because I'm very nearsighted, whipped off my glasses to attain a sub-atomic view of the connector. Then I tweaked the motherboard socket contacts back into position with the needle. Voilla, the new screen worked fine! Then I went back to my regular day of burning ants outside with my coke-bottle-thick glasses. Of course, ordinary mortals will need to use a magnifying glass.

If you are myopic nearsighted which is indicated by your post, your glasses will diverge rather than converge sunlight so will NOT burn ants. Is the remainder of your post also false?

Hi Thomas, I did not actually question my existence, burn ants, or obtain an actual subatomic view of the connector. All else is the truth, the whole truth, and nothing but the truth. -Ben

(Sorry but english is not my main languaje). You wouldn believe this, it might sound stupid, BUT i had this problem for months, replacing the screen like 5 times. i tryed EVERYTHING, but finally i got a solution, i cleaned the connectors, cleaned the board, checked everything. My dad is an electronical engeneer, and told me that screen ghost clicking might be the contact between metalic parts, at first we thought the problem was the metalic layer at the back of the lcd screen, but the problem persist, so, we found out that the metalic layer, was making contact with the rest of the components (the small metalic layers that cover the connections of the battery and the lcd and digitizar conectors, those small layers that have 2 or 3 screws).

the solution was: we got tape, the tape you use to close boxes, transparent adhesive tape. i extended two lawyers, and put them against each other, to not leave rests of glue in the internal parts, and cut this tape at the same size of the screen, and i placed it at the back, i didnt took of the metalic layer on the back of the lcd, i just placed it between the metalic layer and the internal parts of the phone. i put it toghether, closed the phone and ready, the tape isolated the metalic layer to avoid contac with the rest of the parts, i must say this sounds crazy and the phone looks awful with that tape inside hahahah but it is the solution, trust me. mybe somebody could use the idea to make something more stetic. bye

Just did that, it worked perfectly !! Thanks for the tip :)

Sounds like the classic case of a defective digitizer, but to be sure take a q-tip with 91% ( or greater) isopropyl alcohol and clean the contacts on the logic board and on the screen assembly. If you do not get any better results after cleaning then your screen is defective or maybe damaged. Best of luck getting the situation squared away.

I had this problem after replacing a screen and after 4 or 5 attempts to reseat the screen connectors, I eventually cleaned the connections with a liberal amount of alcohol and this resolved the problem